Welcome! Let me introduce you to the resident of the Teahouse, he's name is Totoro and he comes from Japan. Also one other guest has arrived too, Moomintroll from Finland came to a visit. 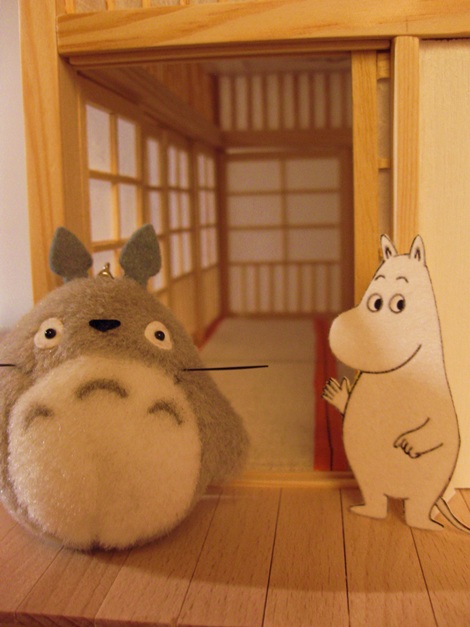 Totoro is a very famous actor, he has stared in the movie My Neigbor Totoro, named after him (that's how famous he is). Totoro had this Teahouse built where he could retreat from all the city fuss. So are you interested in a grand tour?

Here is the deck, I know you've seen it before. Totoro has planned to start a zen garden around the decking, but it's still in planning stage. 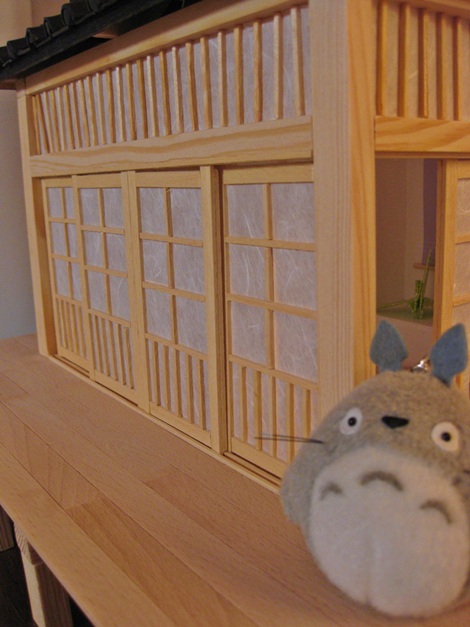 From three sides of the house the shoji screens open and on summer days those can be left open. Let's move inside then. We'll start the tour from the altar, it's a very sacred place, take note that it is not a table, nothing that does not belong there should be placed there. The image above is a painting of Daruma, the father of Zen. 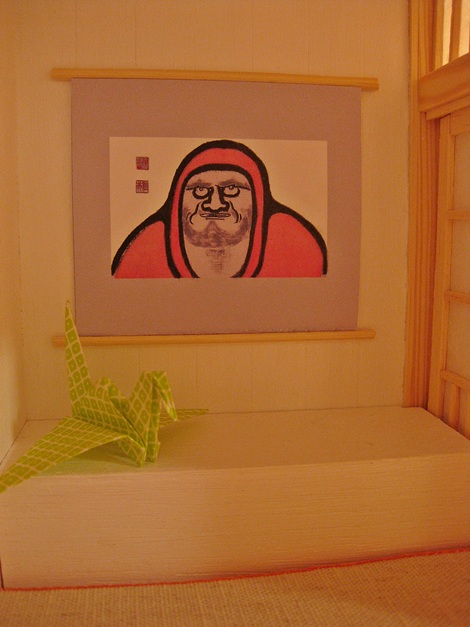 Then on the left there is the built-in storage space, that has sliding doors. It has three shelves where for example the bedding can be stored. 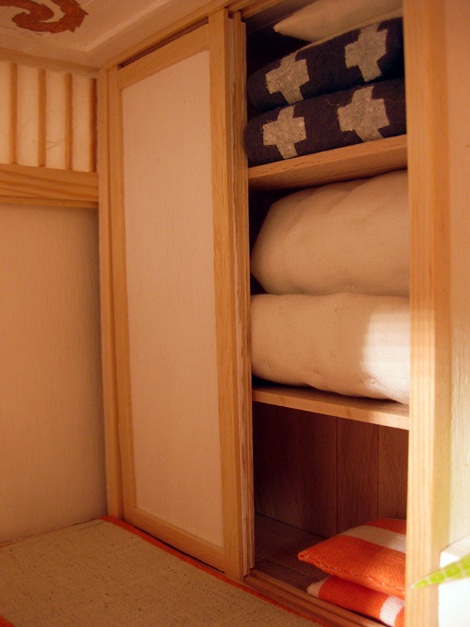 Then we can move to the center of the house. The floor is covered by tatami mats in a very traditional Japanise style. There in the center is a small table and seat cushions. 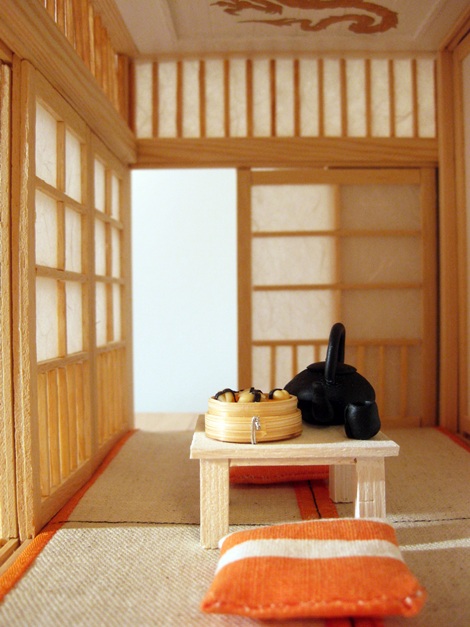 As we are now in a teahouse, we also have some green tea and if you are hungry some sushi. The teapot and the cups were made from the same polymer clay as the roof, using instructions from MiniMaker. The sushi set is the only bought item in the Teahouse and it's from Etsy, but I can't find the seller anymore, it's name was 2plus1 MiniWorld. At the time I bought the sushi there was no actual mini sushi sold in Etsy, or then I was really blind, so the thing I bought is actually dim sum, but to me it looks like sushi and it's good enough. 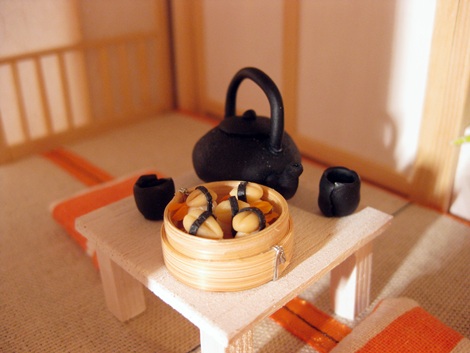 Please enjoy your stay and feel right at home. You can even stay for the night. Moomintroll atleast is staying, he's had bit too much of sake allready. 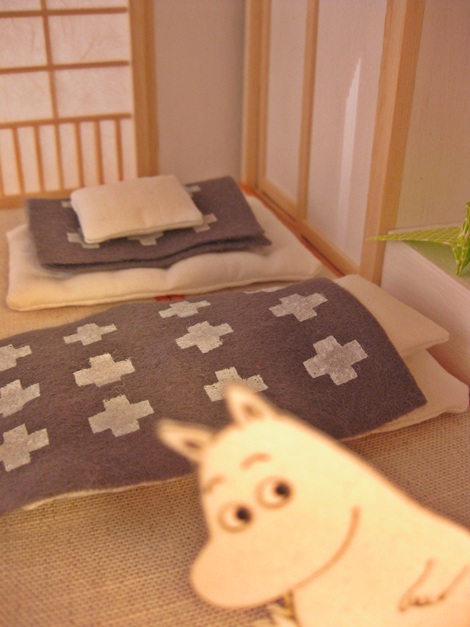 This post is the final post for the I'm a Giant challenge by Emily Henderson. All my posts about the challenge can be found behing this link. 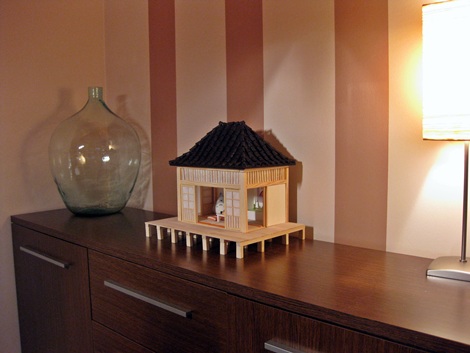