Things to do out of a Christmas tree, parts 1 and 2 out of 4

On friday I asked your ideas on what I should do with a Christmas tree that is so healthy and nice that it would be a shame to throw it in the trash. Thanks for all the replies, what I got from your replies was that it would not be odd to keep the tree or parts of it and that was exactly the thing I wanted to hear. So here are two ideas on what to do with a Christmas tree.

Idea 1
Keep the tree as a house plant

I wanted to move my furniture back in their own places, but the tree was hogging their space. That meant that the tree needed to be shrunk somehow which means that I needed cut it shorter. I chose a spot where many branches leave from the same level and saw half a feet under that.

I took a large glass jar and filled it with water and just placed the tree there, so it's resting on the branches. Added a ribbon on the top of the jar. 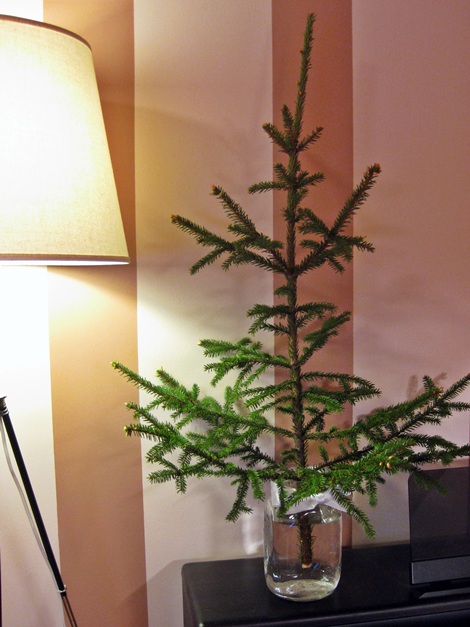 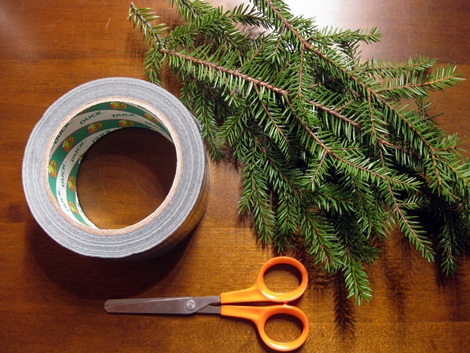 Those are the things you need for the fir inspired ice sculptures plus different size buckets and containers and water. The ideas for the ice sculptures came from my now ex boss Tatyana (name changed). Tatyana sent me pictures of ice sculptures she had made. When I saw them I knew I could use some fir braches in them. 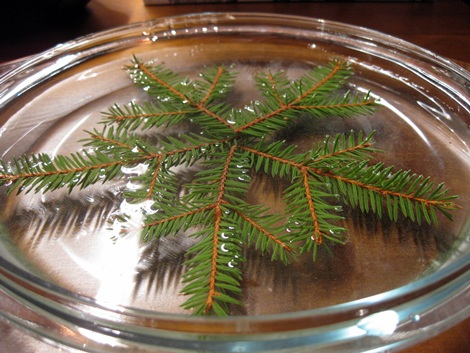 I filled a pot lid with water and pushed five fir branch tips on the water in snow flake form. I left it outside to freeze for about 24 hours. After it was all frozen I removed the ice from the lid using warm water. I wanted to hang the plate on the wall so I needed to add a hole to it. I warmed up a knitting needle with a tealight and melted a hole on the ice. 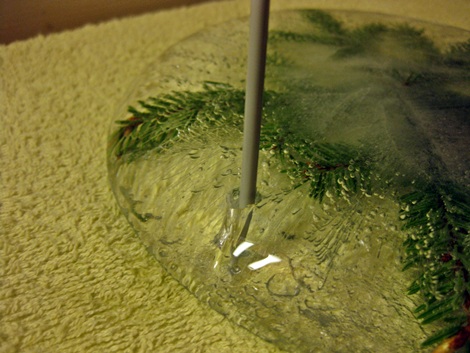 Then I added a ribbon and hung the iceplate in the conservatory. 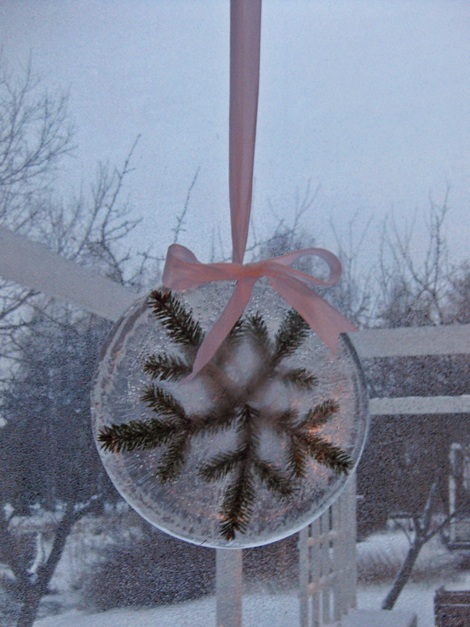 There are a few ways to make a ice lantern, the most traditional way is to fill a bucket with water, freeze it for some time until enough ice has been formed on the sides and the top. Other style is to freeze blocks of ice solid and use them as a lanterns. I made both. I used a spice cake form on the last one. 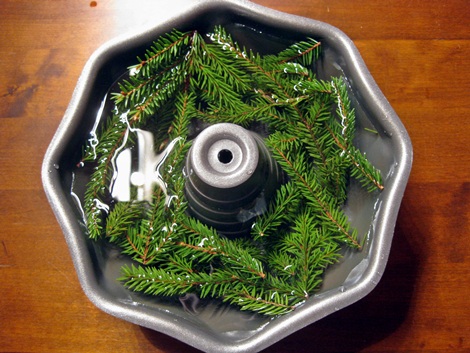 For the more regular ice lantern I taped fir branches on the top of the bucket with duck tape. 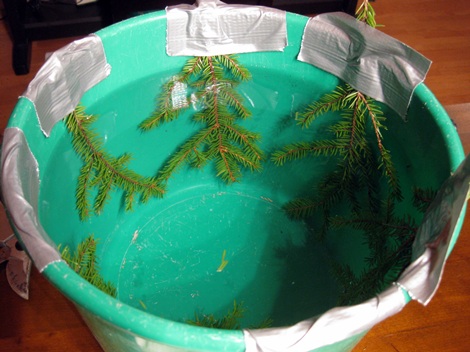 I let both of them froze for allmost two days. It was about minus 6 Celsius (21 F), the water in the spice cake form froze solid and in the bucket the top was about 5 cm (2 in) thick. The sides were a bit thinner. 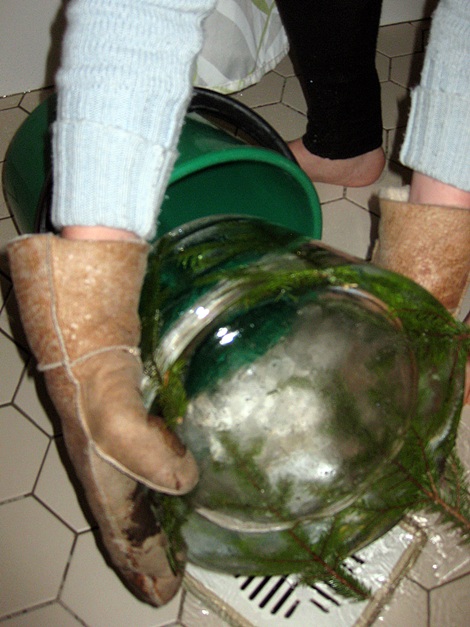 Here I am removing the lantern from the bucket (notice that I'm not wearing any shoes, you should! Ice water is... well icy). Then I cut off the pieces of the branches that poked out from the ice. And here are both of the lanterns. 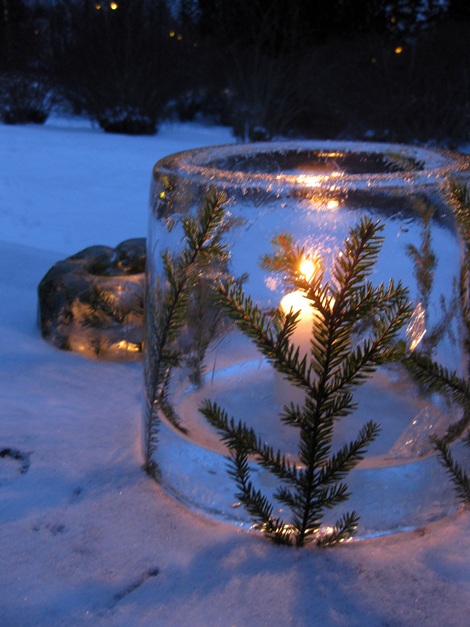 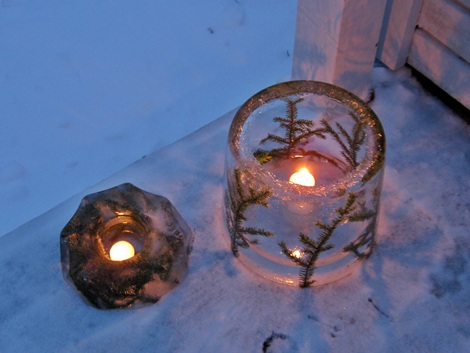 Thank you Tatyana for these great ice ideas!