I've understood that for our apartment which is about 95 square meters it is suggested to have two smoke detectors. We used to have only one, it is still on the hallway near the bedroom and the office. But now I got another one and also got it on the ceiling.

I must admit that this might appear as a bit of an add, but the only nice looking smoke detector I found from Finland was the Kupu by Jalo Helsinki. I bought it in light gray. It is not the best colour for our ceiling but I have a dream that one day we will move to an apartment with white ceilings or that I will paint the ceiling of this apartment. So I bought this mainly for it's looks, but I'm sure it also works fine. 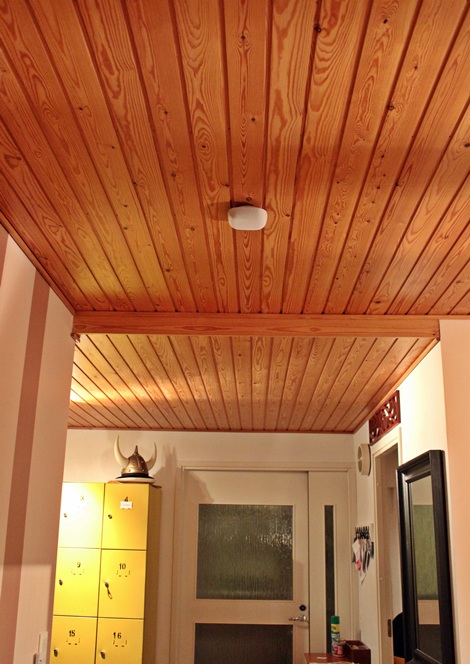