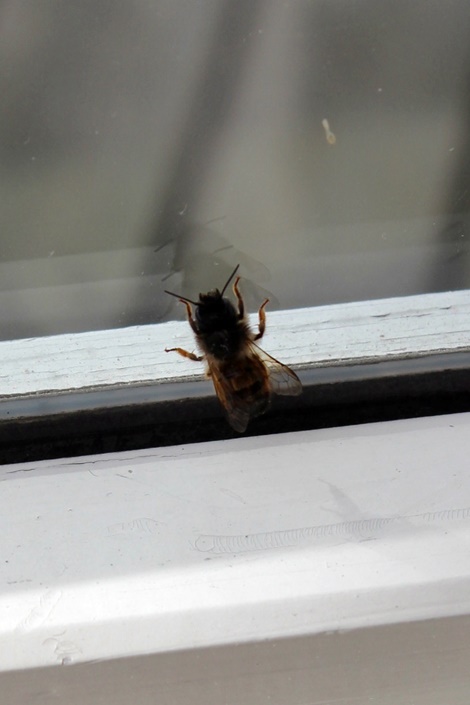 We got an invasion of bees the other day to our conservatory. We have no intention of becoming bee keepers and I decided to do something to prevent the bees getting in. I have no idea if the bees wanted to make nest into our conservatory or if they just collected nest material from there or what was their motivation and I don't mind a single bee flying around in there but there were tens in some point and that was bit taunting.

Most of the bees flew in and out from the opening near the ceiling of the conservatory (those places pointed out on the third picture of this post). From those openings also some wasps fly in during summer and the mosquitoes later in the summer and also some birds have flown in from there once in a while and not to mention the biggest pest the squirrel also finds it's way in from those openings. 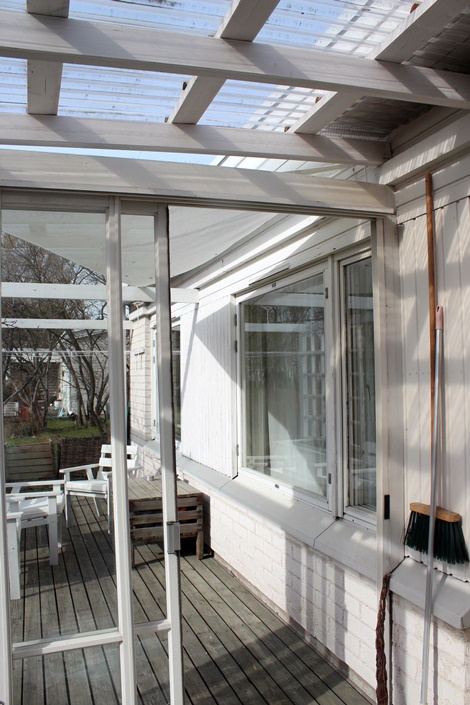 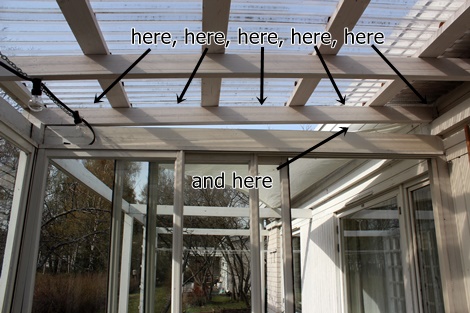 I invested in stiff mosquito net, I have seen metal ones too but this plastic one is easier to handle. I cut out strips from the net and attached those with a stapler. I like that the net is white, it does not jump out from the white roof beams. The shorter pieces right next to the ceiling are not attached to the ceiling in any way. Because the net is stiff I'm hoping the upper edge does not need any fixing, it is just stretched between the roof laths. In theory a squirrel could be strong enough to break through the net if it's really motivated to get in.

Now I think the only problem is that if some pest does get in (like from the open door) it now does not have many places to get out from. I hope that does not turn out to be a huge problem. 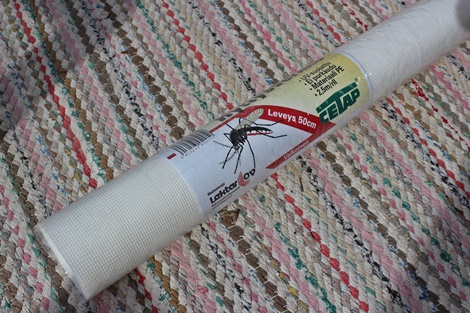 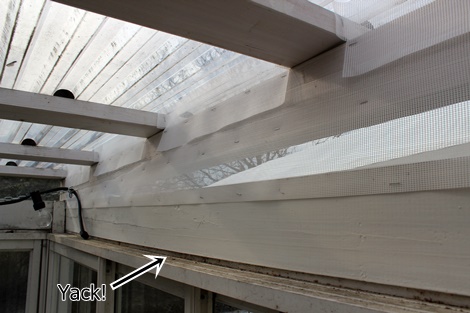 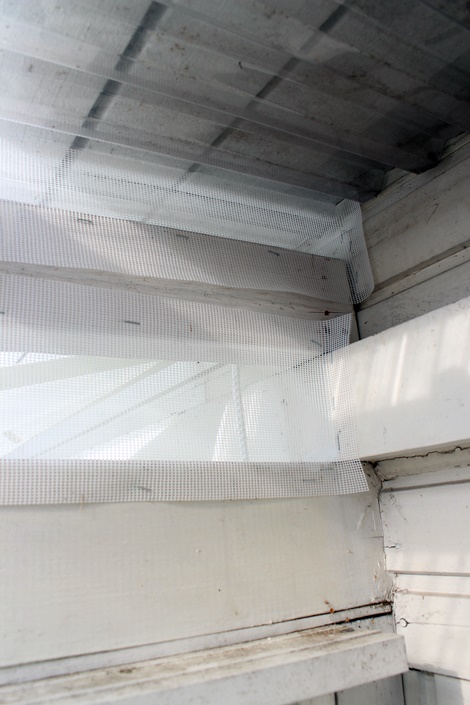 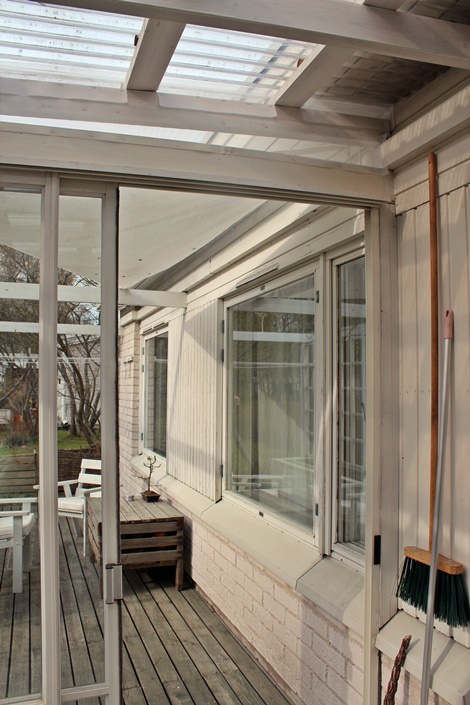 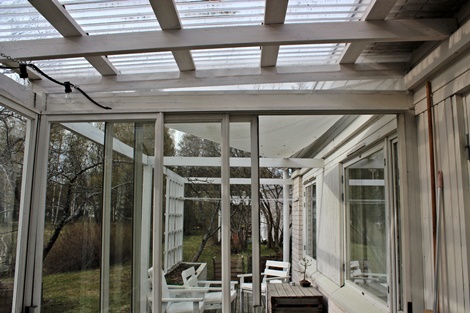