I sewed curtains for Likka's room, which she does not yet have. Perhaps not the visest thing to do. Before she gets her own room I might change my mind about the style of the room or we might even move (well, that is very unlikely). 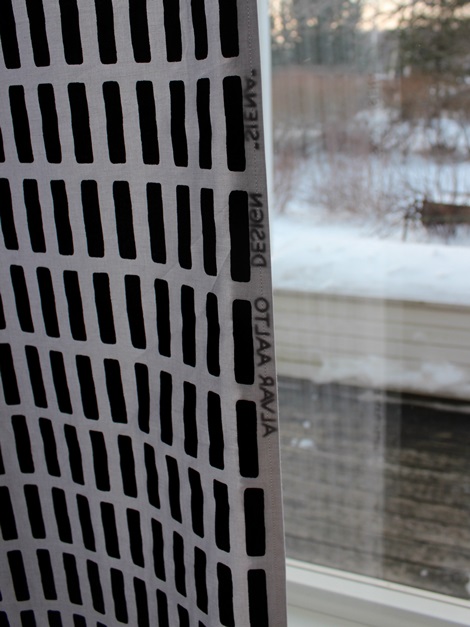 Lately I have been thinking about Likka's future room, I like to ponder on future projects, which of some I never even start, but this one we will sure start although not very soon. At least so far our sleeping arrangement feels good and I'm in no hurry moving Likka to her own room or more accurately me and A will move out of Likka's room. 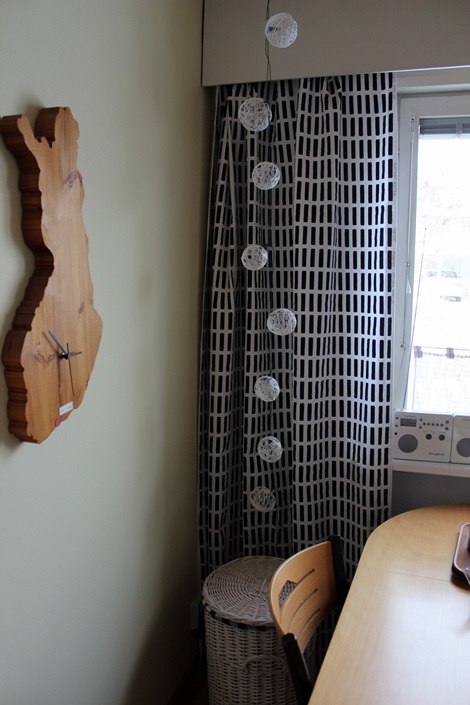 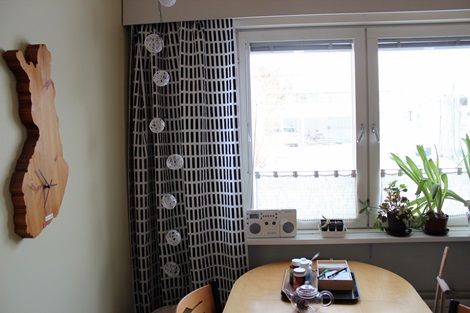 But I already have an image in my head of Likka's future room and the curtains made of Siena fabric are included in that image. So since I had time and inspiration I bought the fabric and sewed the curtains. Now since we already have curtains in the room that will be Likka's room and I like those curtains there for now I hung the other curtain to the office where we had no curtains and the other to the kitchen were we had a curtain, but a really dull one. I hope I don't change my mind later about the curtains, the fabric was not cheap. 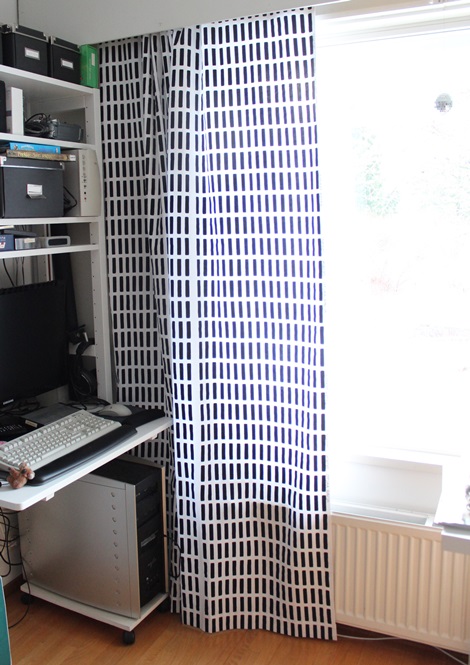 PS. If you have been very perceptive you have already seen the curtain here
Lähettänyt onshore klo 09:30