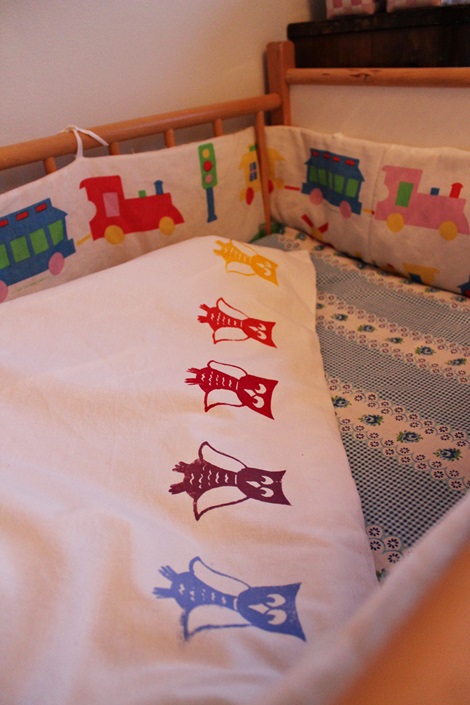 Remember when I made the owl stamp? Finally I managed to use it. I was inspired by the Piipadoo blog and their stamped kitchen towel. They had used a potato as a stamp. I have stamped with a potato back when I was kid and wanted to do it again. So I also did some stamping with two potato stamps. 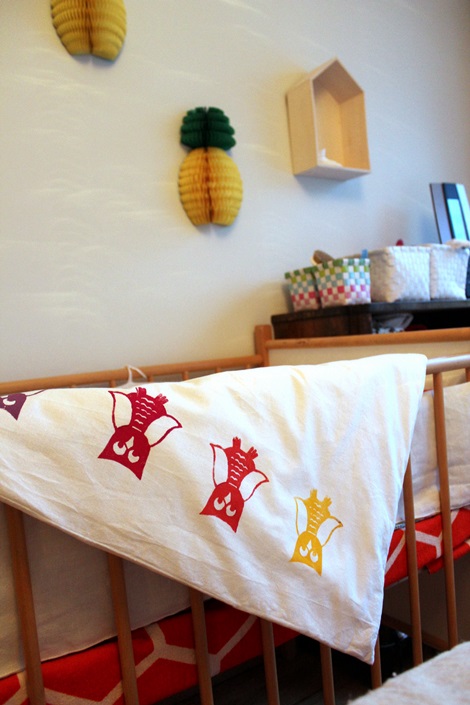 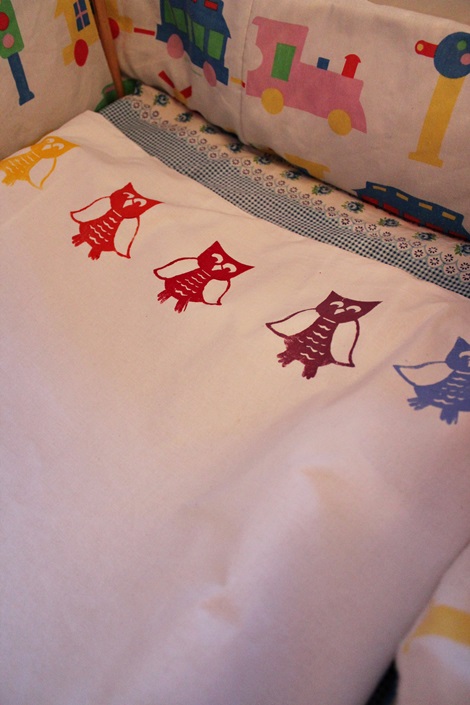 I used the owl stamp on a plain white duvet cover for Likka. I used three different colours and also mixed them to get two complementary colours. The stamping quality is nowhere near perfect, but I do like the duvet cover now. 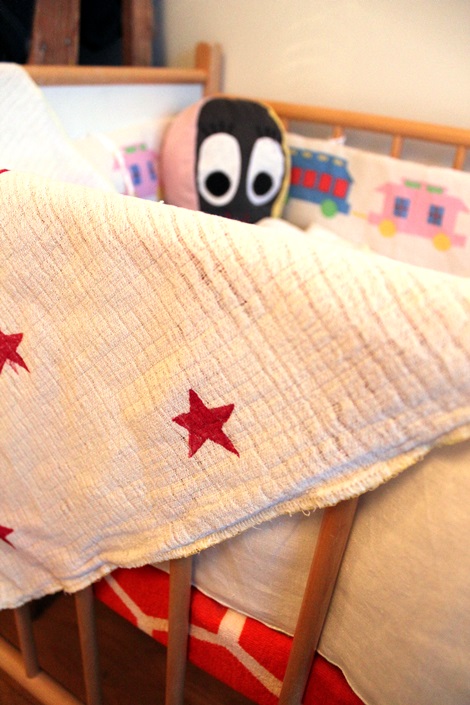 I made two potato stamps, a half circle and a star. With the potato stamps I decorated two flats, which we do not use when cloth diapering. These flats I use mostly when nursing and for wiping some drool and the occasional burp. That means that those flats are kept out in the open, like near the sofa and it does not hurt if those flats look nice. 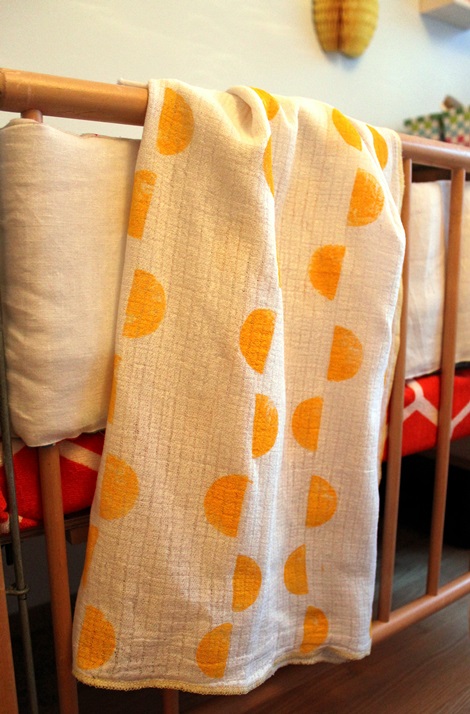 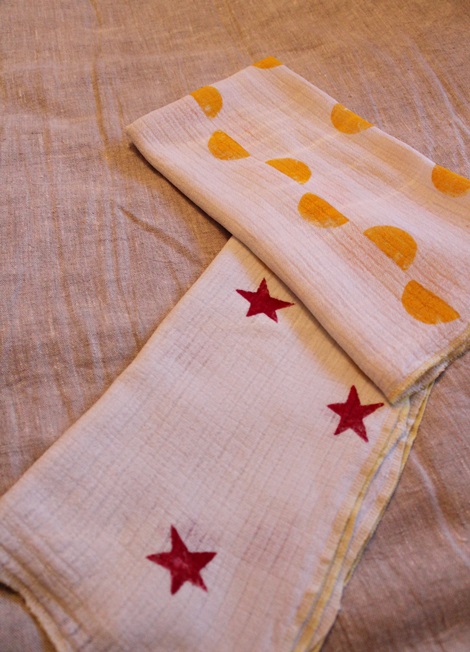