Have you noticed the fall is on it's way?

Here it's really starting to look like fall, leaves are turning yellow and red and they've started to fall off. It's cold on mornings and I've started to use my fall boots. I've picked the last tomatoes from the bushes and shredded the tomatoplants to the compost.

I thought it was about time to move all the hardy plants from their pots to the ground. I have a peppermint on a pot on summertime. It spreads so wildly that I don't want to have it in a herb bed as is. Also I have the bonsai and some cuttings for bonsai on pots. They would not survive the winter in the pots. 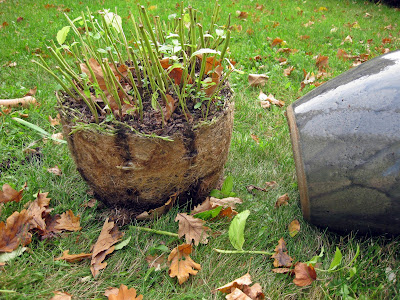 For the peppermint I first prepared a hole on the ground, I put some leaves on the bottom of the hole and then placed the plant in a plastic bag with holes in the bottom. This way it should not spread to the flower bed. 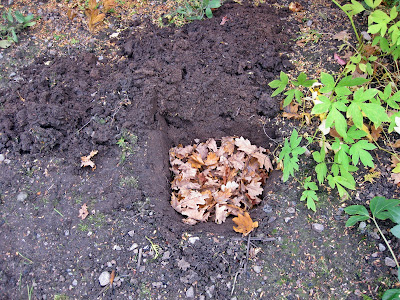 For the bonsai cuttings I dug a another hole and also added leaves on the bottom. Then placed the pots in the hole and covered with dirt. 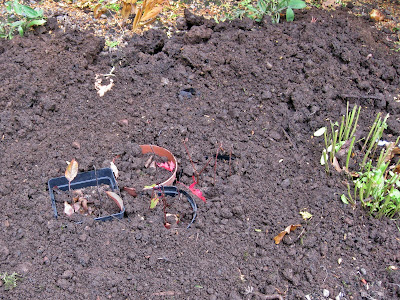 Some of the needles in the bonsai pine have turned brown, not sure if that is good or bad. There is new nice growth on the ends anyhow, so maybe it's doing ok. Since I did not want to remove the bonsai from it's ceramic pot and I don't want it to get dirty, I placed LECA gravel on a bigger metallic pot and placed the bonsai in it. 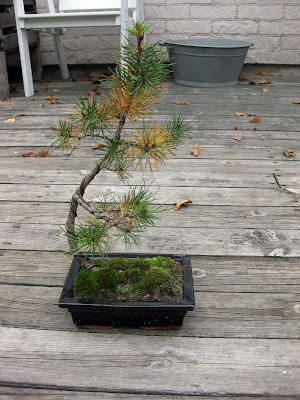 I added some more LECA on the sides and bit on top. Then dug the third hole and placed the metallic pot with the bonsai there and topped it with leaves. 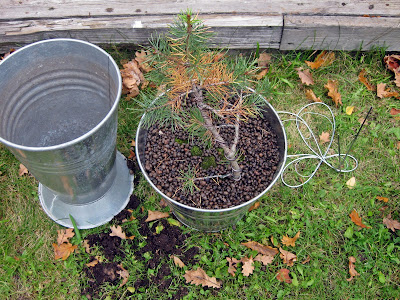 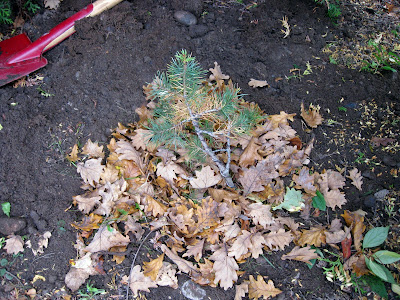 This bonsai thing is new to me so I can only hope they will survive the winter. Atleast the mint has wintered like this nicely on previous years. I'm pretty sure the ground will keep the bonsai warm enough too so I can enjoy it next year too.
Lähettänyt onshore klo 09:30

Email ThisBlogThis!Share to TwitterShare to FacebookShare to Pinterest
Tunnisteet: gardening